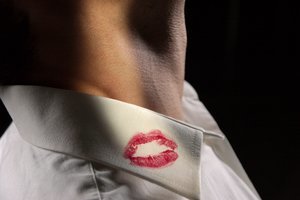 It is a lesson being learned over and over again by employers, yet they continue to venture into such dangerous terrain. In the arbitration matter between Van Tonder v Barnard & Van der Merwe before the CCMA, such a matter was decided as a claim of constructive dismissal, which resulted from the breakdown of such an affair.

What was revealed before the Commissioner at the CCMA was interesting as it had all the ingredients of television “soap opera”. Yet there are serious lessons to be learnt from the experience of the employer implicated in this matter.

The story goes somewhat like this; during the interview for the job, the female employee (herein referred to as Ms Beauty) explained to the employer (herein referred to as Mr. Boss) that she was going through a traumatic period and was at an emotionally low ebb in her life. After she got the job she reported to Mr. Boss that she regarded him as a father figure, who was supportive to her trauma and who also assured her of her good job prospects and that she would do well.

Mr. Boss had in the meantime made unwarranted physical advances and acknowledged to Ms Beauty that what he was doing was wrong and that he would stop.  However, instead of stopping, he hinted to different ways to earn a bonus. This was now all part of this game.

Ms Beauty testified that she did not report his conduct for fear of her losing her job and income. Instead of putting on the brakes, Ms Beauty also started receiving suggestive phone calls from him and cell phone sms’s about his experience with her.

Then the big moment arrived! Whilst engaging with Ms Beauty, Mr. Boss’s wife arrived on the scene, a life threatening moment! Panic struck and Ms Beauty was instructed to hide and not to tell the truth

The most logical consequences then ensued. The wife stormed into Ms Beauty’s office, locked the door and pulled out the landline telephone cord and assaulted her. The wife pushed Ms Beauty into a chair and said “jou bedanking is ingedien”. The wife then told Mr. Boss (her husband) to dismiss Ms Beauty immediately. At this stage the employer’s worst nightmare had been realized.

So, here comes Mr. Boss’s solution to his problems. He said that his wife wanted their marriage to work but that Ms Beauty will have to leave his workplace. So, for the sake of his marriage, according to the employer, the employee could not work there anymore! He admitted informing Ms Beauty that they could no longer work together after their affair had become known. Little did he know that his woes would not end here.

Ms Beauty then eventually resigned as a result of this pressure and claimed constructive dismissal.

The definition of constructive dismissal in the Labour Relations Act, section 186(1)(e) sets out the following meaning of dismissal: “an employee terminated a contract of employment with or without notice because the employer made continued employment intolerable for the employee”.

The arbitrator found that it was common cause that the employer together with pressure exerted by his wife was intent on extricating himself, for the sake of the survival of his marriage.

The arbitrator also found that the relationship was a consensual one. However, that an employee is involved in an affair with her employer albeit consensual, does not give the employer the license to exert such pressure on the employee. To further contend that the pressure was mainly initiated by his wife, may be so, however, it does not absolve his responsibilities as an employer to conduct himself in a fair manner.

The arbitrator concluded that the employee’s continued employment had become intolerable and were of the employer’s making. As a result the employee was constructively dismissed.

The employee was awarded compensation to the amount of R82 135, 00 the equivalent of five months salary. Although the employer was lucky to get away without a cost award against him, he still had to cover his own legal cost. The claim against the employer could have been worse. He could have faced a sexual harassment claim as well as a damages claim for breach of contract. The important lesson to learn here is that the employment relationship is not subject to marital woes or demands from spouses. It is cheaper not to have affairs with staff members or affairs at the workplace even if it is consensual. It is not only safer but also the morally correct thing to do for an employer who must lead by example.