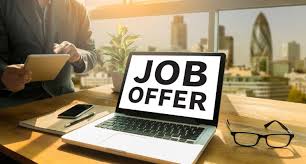 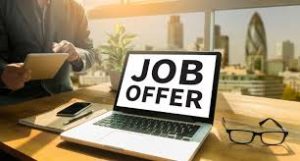 We are in an age where most of our communication happen electronically via smartphones, tablets and laptops. When it comes to hiring employees, it is no different.
How many times have employers e-mailed an offer of employment to someone? Do employers know that their electronic communication is legally binding?
Important case
In the Labour Court case of Jafta v Ezemvelo KZN Wildlife (D204/07) [2008] ZALC 84 (1 July 2008), it has been shown what rules apply when employers communicate and agree on contracts electronically.
Employers need to know what they can and cannot do when it comes to offering a job electronically.
The abbreviated facts
Mr Jafta was successful in his job application. Wildlife send him a job offer via email on 13 December.

What did Wildlife argue?
Wildlife did not argue that emailing an acceptance of its offer was acceptable, but it denied getting his email.
It also said the SMS reply was not a clear acceptance of the offer. It also denied that Ms Phakathi had the authority to conclude a contract via SMS. It also said SMS was not an appropriate way to accept a job offer.
Wildlife agreed that if the Court found that it and Mr Jafta had concluded a contract, then it had breached the contract.
What did the Court decide?
The Court found Mr Jafta’s reply “to the affirmative” on SMS was a direct response to Wildlife’s enquiry about starting on the required date.

The person receiving the offer must tell the person making the offer, that he accepts it. What did the Court decide?
The Court confirmed that because Mr Jafta said there was a contract, he had to prove this.

Proof of email
The parties did not agree that he could not accept the offer electronically. Mr Jafta’s email did not bounce back so the Court accepted it went through the Gmail information system. But, it did not get to Wildlife’s system. So Wildlife did not retrieve it and could not process it. Even though Mr Jafta did not prevent Wildlife from retrieving his email acceptance.
So, the Court said Wildlife did not get the email. It did not matter that it was probably because one of the information systems had malfunctioned.

Looking at the SMS
The Court found the SMS was a form of electronic communication as per the Electronic Communication and Transaction Act 25 of 2002 (ECT Act). So it had legal force and effect. An SMS is as effective a mode of communication as an email or a written document.

What was the judgement?
The Court concluded that:

What can be learned from this case?

So, when employers conclude an employment contract electronically, they must make sure that their bases are covered.