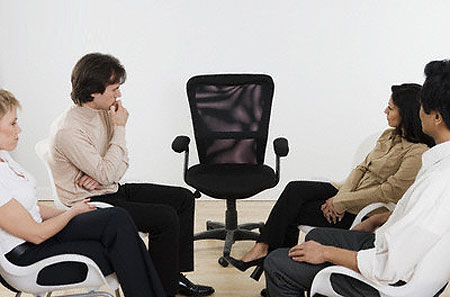 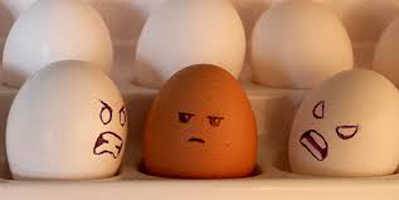 Recently, there has been an unsettling rise in the instances of racial slander in the workplace. In September 2018 we posted and article about an employee who was dismissed for making a racial comment.
For example, ex-DJ Sasha Martinengo was fired – with immediate effect – from his position at Hot 91.9 for calling the leader of the EFF, Julius Malema, a “monkey”. Velaphi Khumalo – employee of the Gauteng Sports, Arts, Culture and Recreation – made the comment that whites in South Africa need to be dealt with like Hitler handled the Jews in Nazi Germany. This comment of his has been seen as hate speech and he is facing a disciplinary enquiry. The action taken by those in a superior position to these individuals is well documented in the media. However, is this the norm in terms of dealing with cases of racial insults?
It is not only racial comments that is a concern, there is also an increase in the use of derogatory remarks in the workplace in terms of gender, sexual orientation and so on. For example, many times words are used, in casual conversation, to describe persons with a different sexual orientation that are offensive and discriminatory towards those people. Just one derogatory word can get an employee dismissed.
Using derogatory language is an issue that has been in the public domain quite frequently. The Constitutional Court (CC) has confirmed that this type of conduct is completely unacceptable. In Rustenburg Platinum Mine v Saewa Obo Meyer Bester & Others (CC), a senior training officer was dismissed for insubordination, for making derogatory remarks and using the words “swart man” when addressing an issue. It is clear, from the highest court in the land, that these types of remarks are derogatory and racist and warrant dismissal.
In Rustenburg Platinum Mine v SAEWA obo Bester and Others (17 May 2018), it is shown that it can be a dismissible offence for an employee to use racial statements about their employers. In Shoprite Checkers (Pty) Ltd v Samka and others – (2018), it is shown, in cases of racial slander, the extent to which the employer has a responsibility to protect its staff from customers who abuse them verbally.
Employees and managers therefore need to be aware and refrain from any such comments and/remarks in the workplace.
If an employee’s words constitute harassment or discrimination, the manager may have a legal obligation to reprimand the employee. That reprimand may even cost the employee his/her job. The best way an employee can avoid losing his/her position over words, such as racial slurs, is to understand the legal implications of offensive language in the workplace.
Discrimination

Racial slurs can be interpreted as race, colour or sexual discrimination, which is against the law when that discrimination leads to the victim not being promoted, being dismissed or laid off, or not receiving the same benefits or treatment as the rest of the employees. Not only can an employee be held liable for racial or sexual discrimination if the employee does these things, but the employer can be named in a lawsuit as well. The best defense an employer has against employees’ actions is to discipline those employees.
Harassment
Closely related to racial discrimination is harassment based on race or colour. While discrimination is commonly between a manager and a subordinate, harassment can be one co-worker against another, a customer against an employee or laterally across management as well. While one offensive remark may not constitute harassment, a pattern of racial slurs, derogatory remarks or physical battery, such as noogies (a hard poke or grind with the knuckles, especially on a person’s head), tripping or inappropriate touching, may constitute a pattern of harassment. By law, an employer is obligated to protect all employees from the type of hostile work environment that racial slurs and harassment can create. An employer is well within its rights to dismiss an employee for abusing the rights of others.
Joke
Often racial slurs are made in jest and an employee does not mean to offend anyone. The goal is to make the others laugh. Unfortunately, anyone’s sincerity does not make a difference. If the jokes could be found offensive by the average person and are based on making a race or class of people look bad, the employee could face disciplinary action resulting in dismissal and a possible lawsuit.
Racial remarks outside the workplace
Even if a racial slur or similar remarks, comments are made in an employee’s private life and/or on social media, and it gets back to the employer, the employee’s job may be in jeopardy. If an employer feels an employee’s behaviour is a poor reflection on the company and may cost its customers, negatively impacts its image, bringing its name in disrepute or has a direct negative impact on work relationships, the employer can exercise its right to dismiss the employee, provided a fair procedure has been followed and there is substantive reason to do so.
Source: BizCommunity