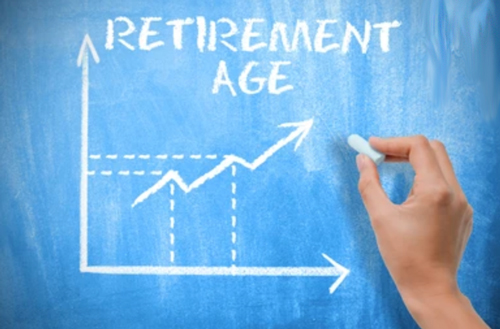 The agreement between the employer and employee is normally found in an employee’s employment contract, or may in special circumstances, be determined with reference to the rules of the retirement fund to which an employee belongs.

What does the law say?

Section 187 of the Labour Relations Act (LRA), renders discriminatory dismissals based on grounds such as race, sex, gender, religion and age automatically unfair. This is in line with the general prohibition of unfair discrimination on these, and other grounds, contained in the Constitution, and the Employment Equity Act.

However, section 187 (2)(b) contains an important statutory defence, namely that an employer may retire its employees when they have reached the “agreed” or “normal” retirement age for persons employed in that capacity. Once the employee has reached this age, the employment relationship terminates and this does not constitute a dismissal for purposes of the Labour Relations Act, nor is it automatically unfair.

Whether employees who have worked beyond the agreed or normal retirement age may be retired at any time thereafter, or whether an employer is required to follow a formal pre-retirement procedure with them prior to terminating their contract of employment, is an interesting issue.

In the case of Schweitzer v Waco Distributors (a division of Voltex (Pty) Ltd) (1999) 2 BLLR 188, the Labour Court (LC) held that section 187(2) of the LRA changed the position. Here, the employee’s employment was terminated at the age of 67, two years after he had reached the agreed retirement age of 65. The termination was not based on his work performance or conduct, but purely on his age. The employee alleged that this constituted unfair discrimination. The LC held that where a termination is based on age, one needs to ask three questions in order to determine whether section 187(2) of the LRA applies, namely:

The court held that where all three these questions are answered in the affirmative, the termination of the employment relationship does not amount to unfair age discrimination.

The importance of contractual agreement on a retirement age

In a case of Datt v Gunnebo Industries (Pty) Ltd [2009] 5 BLLR 449, the LC revisited the issue of automatically unfair dismissal based on age. In this case the employee’s contract of employment did not specify a retirement age. Two months prior to the employee’s 65th birthday, the employee was asked to sign a revised employment agreement, which stated that he was bound by the rules of the employer’s provident fund. The rules of the applicable fund stated that the normal retirement age was 65 years, but that an employee could resign up to 10 years before reaching that age, or continue working “with the agreement of the company”. On the employee’s 65th birthday, the managing director requested that the employee continue working until such time that the parties mutually agree that the employee should retire. Two years later, the managing director’s successor informed the employee that he should retire as he had passed the normal retirement age.

This case illustrates the importance of expressly setting out a specific retirement age in an employee’s contract of employment. By doing so, an employer ensures that there is certainty as to when the employee will resign. Also, where an employee is permitted to continue working beyond his agreed retirement age, an employer should be cautious and specify the terms of such an arrangement by concluding a variation agreement.