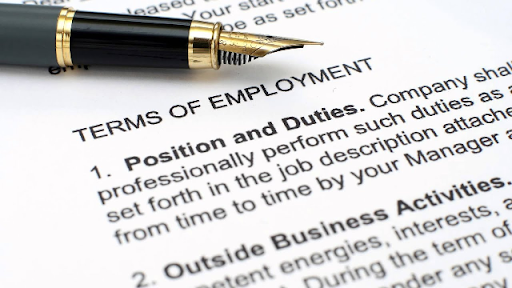 The change made may be in the form of a sudden reduction in salary for some or other reason, changes to commission structure or a reduction in the amount of commission paid,  the removal of or reduction in some other benefits such as a bonus, or something of that nature.

It may also include the sudden unilateral introduction of additional terms and conditions of employment, such as a condition that the salesperson will not be paid his commission until the client has paid for the goods sold.

It is possible that some of these unilateral changes could also fall under the heading of unfair labour practice, but that is the subject of another article.

It seems that sometimes employers bring about these unilateral changes in an effort to upset the employee to the extent where he/she will resign, and some of the tactics employed include setting unattainable and unrealistic sales targets, and other changes of similar nature. However, more often than not, employers make the changes based on operational requirements.

Employers should remind themselves that any significant variation in the terms and conditions of employment of an employee may well constitute a dismissal in terms of section 186 of the Labour Relations Act. Put differently, by enforcing unilateral changes, the existing contract of employment is effectively terminated, and substituted by a new contract.

This does not mean that every unilateral amendment of employment terms and conditions will be seen as a dismissal, but rather that the employer wishes to continue the employment relationship but on altered terms, which have not been agreed to by the employee and where the employer has not consulted with the employee on the changes.

Generally, changes to terms and conditions of employment cannot be made without prior consultation with the employee on the proposed changes, and the employee’s agreement obtained. This is because of the very simple reason that a contract of employment constitutes an agreement between two people, and the one party to the agreement cannot change the terms of that agreement without the consent of the other party. To do so would place the party making the change in breach of contract.

Therefore, apart from being a “matter of mutual interest”, where the remedy available to the employees is to engage in protected strike action, the unilateral variation or change also constitutes a breach of contract.

That being the case, the breach of contract constitutes a civil action, and the employees have the right to sue for damages, or sue the employer for due performance – in other words force the employer to comply with the original contract.

If the terms and conditions of the original employment contract are to be changed because of changed operational requirements of the employer, it is possible that, upon refusal of the employees to accept the changes, the employer may, under certain circumstances, be entitled to embark on retrenchment procedures.

However, that does not mean that it is a simple matter of a refusal of acceptance by the employees, immediately followed by retrenchment of those employees. As in all cases, specific procedures are to be followed.

There are specific procedures for addressing such matters.

As can be seen, changes to terms and conditions of employment is not a matter to be approached without careful forethought and planning, if the employer wishes to avoid the employees concerned exercising their right in terms of referring a dispute to the CCMA or appropriate Bargaining Council.