What are employers' rights regarding cannabis (dagga) in the workplace? 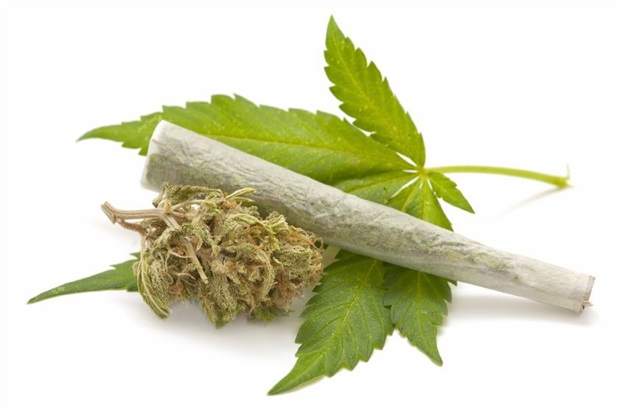 The ban on private possession, consumption and private cultivation of cannabis/dagga (marijuana) at home was ruled unconstitutional by the Constitutional Court (ConCourt) on 18 September 2018, effectively decriminalising both the use and cultivation of dagga in private. What, however, does this mean for employers, and what should they do next?
The court not only upheld but expanded on Dennis Davis’ landmark judgment last year that adults using and growing cannabis/dagga in the privacy of their own home should be left in peace.
Parliament has been given two years to change sections of both the drug trafficking act and the medicine controls act after these sections were found constitutionally invalid.
The ConCourt confirmed the ruling of the Western Cape High Court in part and added that the references to “in a private dwelling” or “in private dwellings” is replaced with “in private” or in the case of cultivation, “in a private place.” This is a very significant change as it no longer restricts the use and possession to the inside of a dwelling, but also includes a vehicle or on one’s person, even your carry-on luggage at the airport.
The court ruled that sections 4(b) of the Drugs and Drug Trafficking Act 140 of 1992 read with Part III of Schedule 2 of that Act and the provisions of section 22A(9)(a)(i) of the Medicines and Related Substances Control Act 101 of 1965 read with Schedule 7 of GN R509 of 2003 published in terms of section 22A(2) of that Act are inconsistent with right to privacy entrenched in section 14 of the Constitution to the extent that the use or possession of cannabis in private by an adult person for his or her own consumption in private is not a criminal offence.
The court also did not specify any quantity restrictions.
While parliament will take up to 24 months to adapt the law to reflect all these changes, Justice Zondo explained that individuals are allowed to smoke privately in their own home in the meanwhile.
Zondo also stressed that both selling the substance and use of it by minors is still illegal.
Employers may now face some challenges from cannabis-consuming employees and it is imperative that the correct message is conveyed from the out-set.
What should be treated differently in lieu of the ConCourt ruling?
The General Safety Regulation (GSR) 2A(1) of the Occupational Health and Safety Act (OHS Act) states that “Subject to the provisions of sub-regulation (3), an employer or a user, as the case may be, shall not permit any person who is or who appears to be under the influence of intoxicating liquor or drugs, to enter or remain at a workplace.
(2) Subject to the provisions of subregulation (3), no person at a workplace shall be under the influence of or have in his or her possession or partake of or offer any other person intoxicating liquor or drugs.
(3) An employer or a user, as the case may be, shall, in the case where a person is taking medicines, only allow such person to perform duties at the workplace if the side effects of such medicine do not constitute a threat to the health or safety of the person concerned or other persons at such workplace”.
Although the ConCourt’s order did not include changes to the OHS Act or the GSR, it does however have some serious implications.
Cannabis (dagga) in the workplace
What do you do when an employee comes to work with cannabis in his or her pocket or handbag? It is “in private”. It is thus not illegal.
In the judgment (Order in “100”) Judge Zondo said: “It seems to me that, indeed, there was no persuasive reason why the High Court confined its declaration of invalidity to the use or possession or cultivation of cannabis at a home or in a private dwelling. In my view, as long as the use or possession of cannabis is in private and not in public and the use or possession of cannabis is for the personal consumption of an adult, it is protected. Therefore, provided the use or possession of cannabis is by an adult person in private for his or her personal consumption, it is protected by the right to privacy entrenched in section 14 of our Constitution.
The judgment also deliberated extensively to the right to privacy, citing numerous arguments in previous cases, but Judge Zondo summarised it appropriately as the right to be left alone.
GSR 2A is in similar fashion thus also in part contrary to the ConCourt’s ruling although no ruling was made.
Here are the reasons for saying this:

The fact is that “possession” alone is not sufficient to enforce GSR2(A)2, and companies need to carefully evaluate their access control procedure. “Possession” may however be cause for concern for “under the influence.”

What should an employer do now?
Given the extent of privacy argued by the ConCourt, employers need to re-evaluate their alcohol and drug abuse policies and procedures through a consultative process and since the “use in private of cannabis” is no longer illegal, encourage voluntary disclosure of such use. From there, an assessment can be made as to the extent of controls needed. However, one can conclude that the ConCourt judgement at present will not offer any protection to employees against disciplinary action should they act in contravention of company policy and the OHS Act. In addition, employers have an obligation to maintain safe workplaces and must have procedures in place to ensure a safe and healthy working environment.
Cannabis remains detectable in the human system for up to 30 days, but the “intoxication” effects or short-term effects start to taper off after three or four hours. When marijuana is ingested, its effects peak between four and six hours.
The regulatory reference “appear to be under the influence” has often caused employers to “test and be sure” of intoxication but given the time lapse, one would never be 100% certain. One therefore needs to be extremely cautious not to subject an employee to undue corrective action in the interest of safety, where there are no legal grounds to do so.
– Wallace Albertyn is a senior Associate and Labour Law Practitioner at LabourMan Consultants.
Source: Bizcommunity