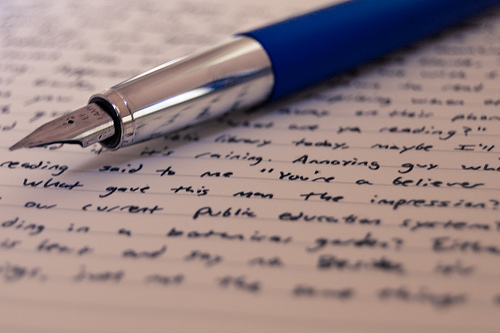 This question arises time and time again. Very often, it emanates from the fact that trade unions, or the accused employee’s representative, will demand to be given copies of any witness statements (or affidavits) or other evidence in the possession of the employer, prior to the disciplinary hearing.

The accused employee (or respondent) must, during the hearing,  listen to the evidence of the other side, must listen to any verbal evidence given by witnesses, and make notes regarding any points in that evidence that he requires to contest or dispute in cross-examination.

In ESKOM / NUMSA obo Galada and Others [2000] 7 BALR 812 (IMSSA) this very question was addressed. It was ruled that employees are not entitled to be furnished, prior to disciplinary hearings, with documentary evidence which the employer intends to introduce.

It is sufficient that employees be given, prior to the hearing, sufficient detail of the charges to enable the employee to prepare a defence, and to be given a reasonable opportunity during the hearing to examine the evidence of the complainant.

Among other things, the trade union contended that the disciplinary proceedings were unfair because none of the dismissed employees had been furnished in advance with documentary evidence which the employer introduced at the hearing.

The employer’s disciplinary code made specific provision in this regard – it provided specifically that accused employees should be given an opportunity to examine evidence only during the disciplinary hearing. There was no provision in the Code for employees to be placed in possession of such evidence prior to the hearing

The award stated further that accused employees do not have an absolute right to access the employer’s evidence in advance of disciplinary hearings. In this particular case, the employees had been given a reasonable opportunity to examine the documentary evidence during the disciplinary proceedings – and therefore there was no procedural unfairness in that respect

That sort of situation can cause problems if the witness has skipped over, or left something out of his evidence, in his verbal submission when it is written into his written statement. Employers should properly prepare their witnesses before the disciplinary hearing, and lead the witness in his evidence in such a way that the witness testifies to everything that is in his written statement, but does so verbally and the written statement is not actually introduced into evidence. It is possible during a hearing that the accused employee or his representative may ask for an adjournment in order to enable them to study any documentary evidence that has been introduced. Obviously, provided the request is a reasonable one, there is nothing preventing the respective parties from agreeing to a reasonable postponement or adjournment.