Can an employee resign by e-mail or SMS? 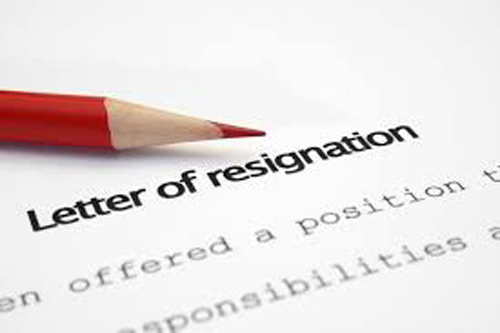 Can an employee resign from a job by email where the employment contract requires resignations to be in writing?

The question has interesting implications for how people communicate with each other.

The case of Sihlali v South African Broadcasting Corporation Ltd [2010] ZALC 1 dealt with a similar question where an employee purported to resign by SMS and subsequently tried to argue that his SMS had no legal effect.  In this case the applicant, a Mr Sihlali, sent an SMS to the SABC’s CEO stating that the applicant “quit with immediate effect”.  The applicant’s employment contract required that resignations be done in writing and he subsequently argued that the SMS could not be regarded as having satisfied the “in writing” requirement in his employment contract.  The Court, in its judgment made a few important points about resignations:

A resignation is a unilateral termination of a contract of employment by the employee. The Courts have held that the employee must evince a clear and unambiguous intention not to go on with the contract of employment, by words or conduct that would lead a reasonable person to believe that the employee harboured such an intention [refer Council for Scientific & Industrial Research (CSIR) v Fijen (1996) 17 ILJ 18 (AD), and Fijen v Council for Scientific & Industrial Research (1994) 15 ILJ 759 (LAC)].

Notice of termination of employment given by an employee is a final unilateral act which once given cannot be withdrawn without the employer’s consent.  In other words, it is not necessary for the employer to accept any resignation that is tendered by an employee or to concur in it, nor is the employer party entitled to refuse to accept a resignation or decline to act on it [refer Rosebank Television & Appliance Co (Pty) Ltd v Orbit Sales Corporation (Pty) Ltd 1969 (1) SA 300 (T)]. If a resignation is to be valid only once it is accepted by an employer, the latter would in effect be entitled, by a simple stratagem of refusing to accept a tendered resignation, to require an employee to remain in employment against his or her will. This cannot be – it would reduce the employment relationship to a form of indentured labour.

The critical question was whether the applicant evidenced a clear and unequivocal intention to resign.  In the Sihlali case the Court found that the applicant did, indeed, evidence a clear and unequivocal intention to resign and while he subsequently regretted the decision and tried to backtrack, that did not change what he had done through the SMS, namely resign.  The only way he could subsequently retract his resignation was with his employer’s consent and, failing that, his resignation would be final. On the question of whether an SMS satisfied the “in writing” requirement of the applicant’s employment contract, the Court referred to section 12 of the Electronic Communications and Transactions Act which states the following:

(a) in the form of a data message; and

(b) accessible in a manner usable for subsequent reference…

An SMS qualifies as a data message and so this SMS did satisfy the “in writing” requirement in the applicant’s employment contract and his resignation by SMS was effective. E-mails, like SMS’s, are data messages and it is certainly possible for an employee to resign by e-mail provided the e-mail satisfies the test of whether it evidences a clear and unequivocal intention to resign.  Going further, other forms of digital messages like instant messages, tweets, Facebook messages, Whatsapp messages and so on would also likely be effective media for resignations and a variety of other communications which have legal effect.  The question is whether these types of messages satisfy the Electronic Communications and Transactions Act’s requirements (like section 12 mentioned above) and whether the content of the message satisfies the relevant legal principles (in this case whether the message in question meets the requirements for an effective resignation)?

The lesson here is to think carefully before sending off that message.  SMS’s sent in anger can have enduring legal implications, sometimes unintended consequences at that.

﻿- Wallace Albertyn is a Senior Associate and Labour Law Practitioner at LabourMan Consultants.﻿