Dismissing a Group of Employees for Misconduct – Part 3 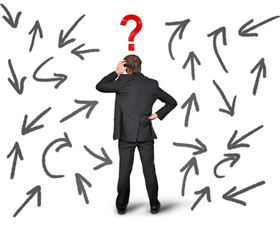 In Part 2 of this series of 3 we discussed the Leeson Motors case, what the Labour Appeal Court (LAC) said about the case, the outcome thereof and what it means to employers.
In this last article, Part 3, we are discussing the City of Cape Town case. The facts of this case was given in Part 1, but for ease of reference we list them again:

The Arbitrator, Adv. C de Kock, found that the employees were fairly dismissed both substantively and procedurally save for two employees who presented evidence that they did not go to the Civic Centre via the N2 but via a different route.
SAMWU was not satisfied with the arbitration award and took the matter on review to the Labour Court (LC). The following were the challenges on review:
That the Arbitrator committed a gross error of law in finding that the employees could be dismissed of having been part of a collective and without any individual proof of misconduct.
That the Arbitrator acted unreasonably in failing to find that the City of Cape Town had acted inconsistently and unfairly in either not charging or withdrawing charges, for no good reason.
What did the Labour Court (LC) say about this case?
The LC found first and foremost that there are exceptions to the principle that employees cannot be held liable for misconduct in circumstances where a particular culprit cannot be identified and that these are to be found in the principle of derivative justification and the principle of common cause.
There are two important issues:
1.  Absence of individual proof of misconduct
If employees’ guilt in respect of misconduct can be imported from the fact that they were present when the misconduct was committed, if the misconduct has the desired effect and the employees were warned that participation in the misconduct would lead to disciplinary action, it is reasonable to find that on a balance of probabilities all the employees were involved in the events of the misconduct.
2. Inconsistency
If a plea bargain is offered to all employees and some reject the plea bargain, those employees cannot afterwards say it was unfair to them because those who embraced it has some advantages of withdrawals of charges or charges not being pursued against them. If the advantages of a plea bargain are open and clear to all employees, and some employees still reject the offer, they do it at their own peril. Inconsistency is then not appropriate and/or relevant.
The outcome of the case
The Court found that the Arbitrator’s award was not one that a reasonable decision-maker could not reach and the application was dismissed with costs.
What does this case mean to employers?
The judgement confirms the following:
That employees may be disciplined for collective misconduct even though there is no individual proof of misconduct against each and every employee.
That an employee cannot later be heard to cry inconsistency when a plea bargain was previously offered and refused.
Reference:
1. Labour Law Advocate