How to legally entrap an employee 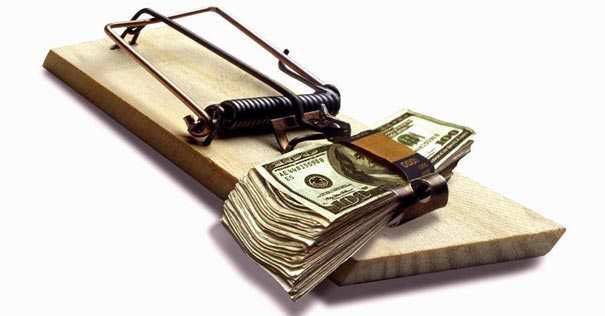 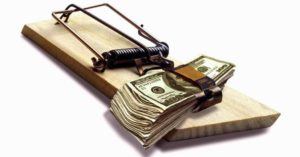 In an unfair dismissal dispute, the onus is on the employer to prove that the dismissal was procedurally and substantially fair. In our previous article we discussed the steps an employer can take if it is suspected that an employee is stealing. It is the employer’s responsibility to provide prove, which is often difficult.
It was said in the previous article that entrapment is a legitimate means of proving an employee guilty.

What is entrapment?
Entrapment occurs where the employer lures the employee into carrying out misconduct that the employee would not have carried out, but for the ensnaring (catching) methods of the employer.
However, employers need to be very careful when attempting to entrap a suspect employee. Often employers get confused between the method of trapping the employee (which is legal) and illegal entrapment.
Scenario: An employer believes that one of his cleaners is stealing cleaning products from the storeroom, but the employer has no solid evidence. Now what? The employer may consider entrapment. This is when someone is lured into committing an offence for the purpose of building up evidence against them.

To help an employer understand how an employee can be legally entrapped, we give two examples below, based on the above-mentioned scenario, one of which is legal and the other not.
Example#1:
The employer gets another employee to approach the cleaner (suspect), telling her how expensive cleaning products are getting. The suspect says that she can help by selling him the employer’s cleaning products for half their usual price.
Example#2:
The employer gets an employee to tell the suspect that he woud pay ¾ the price of cleaning products if she can help him out.
NOTE: The cleaner is in financial trouble, and the other employee is aware of it.
So, which one is legal and which one is not?
The first example is legal and may be used to build evidence against the suspect employee. This is because the other employee did not entice the cleaner into committing an offence, but rather indirectly sparked an unruly idea in the cleaner’s mind. Another way to explain this is that no pressure was placed on the suspected employee to supply the cleaning products, no persuasive measures such as comradeship or sympathy was used and no weakness of the suspect employee was exploited.
The second example cannot be used as evidence because a direct suggestion was made to the cleaner, with the offer of money, knowing that she was in financial trouble. There is thus no way to show that the cleaner would have stolen and sold cleaning products if the other employee had not suggested it.
What can be learned here?
The two examples reveal the subtle factors that can distinguish between legal trapping and illegal entrapment. Due to the technical nature of these distinctions, employers are strongly advised not to use traps until they have consulted with a reputable expert. Entrapment may be used to build evidence against an employee, but it would only be admissible if the trap did not go beyond giving the suspect employee a chance to commit the offense.