Refused promotion of an employee 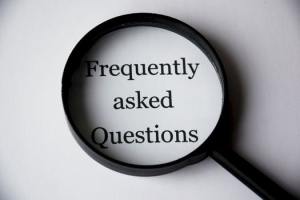 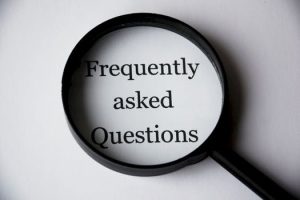 The Labour Relations Act (LRA) allows employees who have been passed over for promotion to lodge an unfair labour practice dispute at the CCMA or relevant bargaining council.
This does not mean that employees have the right, under any circumstances, to force the employer to promote them. However, where a vacancy does exist that is senior to the job of the employee the situation is different. In such a situation, if the aggrieved employee can prove that he/she has the ability to do the more senior job, the employer has the legal duty to justify why the employee was not given the promotion. While it may be possible to provide such justification this task is not easy.
This is because the employee’s ability to do the job is a strong argument in favour of granting him/her the promotion. Should the employer, for example, be able to prove that someone else was promoted in to the relevant post and that this person was better qualified for the post than the aggrieved employee, the employer will have a good chance of winning the case. On the other hand, if the successful promotee was less qualified than the aggrieved employee the employer is likely to lose.
Arbitrators are not impressed by reasons for refusing promotions that stem merely from bureaucratic rules or unsubstantiated claims relating to the employer’s financial constraints.
In the case of Dedering vs University of South Africa (CLL Vol. 17 February 2008) the employee applied for promotion to the position of associate professor but was appointed to the position of senior lecturer instead. Despite the employee’s glowing qualifications and undoubted suitability for the job the employer’s rules prevented him from being granted the promotion. That is, the employer’s rules prohibited ‘rank jumping’. That is, a lecturer must become a senior lecturer before moving higher up the ranks. The employer’s reason for this was that there was a limited budget for such promotions and rank jumping would have prematurely exhausted this budget.
When the employee was interviewed after submitting his application, he was not told that the interview was for the senior lecturer post. He was told that the university had received a number of promotion applications that would entail rank jumping and that this was problematic. However, it was established that another employee had been allowed to jump rank.
It also appears that the budget was big enough to withstand a reasonable amount of rank jumping and that the university may not have done its homework. That is, it appears that the university may have made its decision based on a concern in principle for the budget without doing the necessary calculations. This omission removed the rationality necessary to justify the decision not to grant the associate professorship. As a result the CCMA arbitrator declared the failure to promote the employee an unfair labour practice and ordered the university to promote him to that post. In addition the employer was ordered to make up the shortfall between the salaries of the two posts and to pay the employee’s legal costs.
The above finding acts as a warning to employers that:
• While the concept of management prerogative still exists, such prerogative is not unfettered. Management decisions that affect employees must not only be legal, they must also be fair.
• In order to be fair they must be justifiable.
• In order to be justifiable management decisions must be based on proven facts that are rationally connected to the decisions made.
It is a very common problem that managers struggle to base their decision-making purely on facts and rationality. The reasons for this may include the facts that:
• Managers’ decisions are often hampered by feelings of anxiety about the employer’s finances. Often these feelings result in irrational reactions instead of in analysis of the facts.
• Managers are not properly aware that their management prerogative or right to use management discretion is limited by the law.
• Managers sometimes assume that the employees concerned will not dare to question their decisions because ‘might is right’.
The above case and many others like it prove this to be a very mistaken assumption and that employers need to attain objectivity.
Reference: HR Pulse