Smoking cannabis (dagga) at home and reporting for work 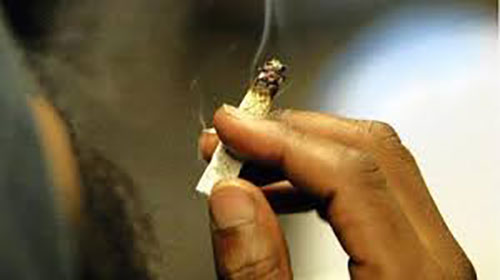 Since the Constitutional Court declared the private use of cannabis (dagga) legal in the matter of Minister of Justice and Constitutional Development and Others v Prince & Others [2018], employers have been required to consider how best to deal with the effects of personal cannabis use in the workplace. In October 2018 we posted an article on what employers rights are regarding cannabis in the workplace.

The use of cannabis by employees at home does not necessarily mean employees are entitled to attend the workplace under the influence or to render services with their ability impaired.

The implications of the personal use of cannabis and its impact on the workplace was recently considered by the Commission for Conciliation, Mediation and Arbitration in the case of Mthembu & Others v NCT Durban Wood Chips [2019].

In this case the employer, a company in the wood and chip industry, dismissed several employees for being under the influence of an intoxicating substance after testing positive for cannabis during working hours.

In terms of the employer’s substance abuse policy, the employer had a zero-tolerance approach to the use of intoxicating substances by employees due to the dangerous nature of the industry in which it operated. The employees challenged the fairness of their dismissals on the basis that they had consumed the cannabis at home in their private time and not during working hours.

While noting that the Constitutional Court had recently declared the private use of cannabis legal, the Commissioner held that, akin to alcohol, an employer is entitled to discipline employees who use cannabis or are under its influence during working hours, where there is an inclination that the consumption of cannabis could impair the employee’s ability to work to the standard and care reasonably required by an employer.

The rationale behind the employer’s zero-tolerance approach to substance abuse was consistent with the high degree of danger posed at the workplace in which heavy machinery and dangerous equipment was continually being operated. In the circumstances, the Commissioner held that it would be reasonable for the employer to expect its employees not to be under the influence of cannabis when reporting for duty because of the inherently dangerous working environment. The employees’ dismissals were thus found to be fair.

Not a one-size-fits-all ruling

While the CCMA’s ruling may provide guidance to employers, the decision to dismiss the employees in the present matter was closely aligned to safety considerations associated with individuals working in a dangerous environment, under the influence of intoxicating substances. What about employees who perform desk jobs under the influence of cannabis? Would a zero-tolerance approach to these employees be reasonable in such circumstances? Would these employees pose a threat to the safety of other employees in the workplace?

The debate on how best to deal with the impact of personal cannabis use in the workplace is thus likely to continue.

While the CCMA’s ruling gives guidance, it should not be used as a blanket justification for dismissing employees who test positive for cannabis. Employers should carefully consider how to regulate the use of cannabis in the workplace to best suit the nature of its business and operations and associated risks while respecting an employee’s constitutional right to use cannabis at home.

For the time being, employers should be mindful of the following issues: