It is a sad truth, but it is not always wise to be sympathetic to an employee who has been caught with “fingers in the cash register”. It might even prove costly, particularly if the recipient of the act of kindness refers a dispute to the CCMA.

Leaving aside whether the employer is committing the offence of compounding by failing to lodge a criminal offence to the SAPS, it is not unusual for an employer to decide against reporting a theft by an employee. Instead, many employers deal with the problem by suggesting to the employee that a resignation would be a good idea. In return, the employee is assured that the matter will not be referred to the SAPS

Usually, that would be the end of the matter as it is a satisfactory arrangement to both the parties.

Unfortunately, there can be a catch to this seemingly straightforward exchange. Take the case of Daniels and Cape Promotional Manufacturing (Pty) Ltd 2006 27 ILJ 196 (CCMA). A number of wallets at the workplace went missing. The employer established that Ms Daniels was responsible for their disappearance. When confronted, she admitted her guilt and was given the option of either explaining herself to the SAPS or resigning. She chose the latter and signed a letter of resignation, prepared for her immediate signature.

This procedure was not to the liking of Ms Daniels. Instead of manifesting remorse or gratitude at having no criminal charges levied against her, she referred the matter to the CCMA, complaining that she had been constructively dismissed and that her employer had forced her to sign the letter of resignation.

The Commissioner at the CCMA found that “the pressure to resign was significant”, given the threat of the police. He also found that no shop steward or internal representative had been invited to assist Daniels and she had not been given sufficient time to ponder upon her plight before being required to sign the letter of resignation

The Commissioner accepted that Daniels had in fact stolen the wallets. Yet, such a finding did not mean victory for the employer who must have been flabbergasted by developments.

It was the Commissioner’s view that a choice of facing a disciplinary inquiry or signing a letter of resignation would have been fair and not constituted constructive dismissal. However, Daniels had not been given an opportunity to state her case. He concluded that the constructive dismissal was substantively fair, that is, there was good reason for the dismissal, but that it was procedurally unfair. He awarded two weeks’ remuneration as compensation.

The message from the Daniels case is clear. It illustrates the dangers of a loud backfire for what might appear to be an act of generosity by the employer. Managers will have to tread carefully when offering the choice of facing the consequences of a criminal act or placing a signature on a letter of resignation. Fortunately, there are other ways in which an employer may deal with the type of issues in the Daniels case, but legal advice is recommended. 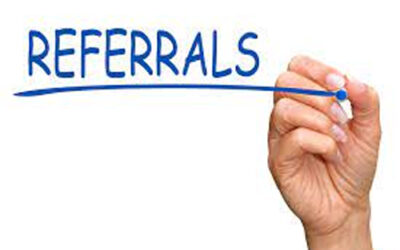