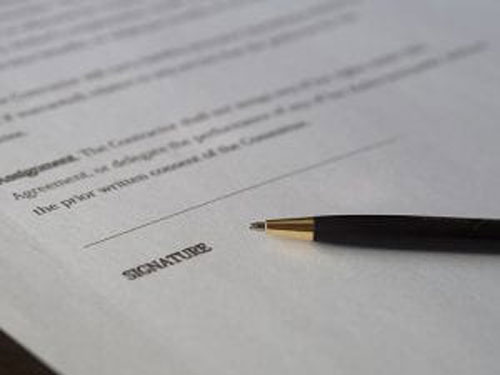 In the previous article, Part 1, we emphasised the importance of having a contract of employment signed, by both parties, prior to  the commencement date of the newly appointed employee. However, more often than not employers only present the contract to the new employee after the commencement date. The employee may refuse to sign the contract or where there is a signed contract between the parties, any changes thereto by the employer may be challenged by the employee who may refuse to accept and sign it.

What remedies are available to an employer in the aforementioned scenarios and what are the consequences for an employer should the employee be dismissed for refusing too sign a contract or any changes thereto?

Well, the answer should be simple and that is that if the applicant was presented with a contract prior to commencement of employment and refused to sign the agreement, then no agreement was reached and the applicant will not work for the employer and cannot be considered to be an employee of the employer.

In most cases however the applicant became an employee on the day that he/she commenced employment in the absence of a signed employment agreement. In such cases the person that allowed this to happen in the first place should definitely be disciplined.  If the employee now refuses to sign the agreement, the employer may have to become creative and first use its persuasive abilities in order to confirm the specifics of the employment relationship. It is therefore suggested that the rights of the employee in terms of the Basic Conditions of Employment Act (BCEA) and the verbal agreement held between the parties are confirmed instead of agreed upon.

An example could be:

“We hereby confirm that you have the following rights:

The employee may be more disposed to confirm his/her rights rather than to sign a “traditional” formal contract of employment.

In Mahlangu vs. Footballers For Life (Pty) Ltd [2012] 1 BALR 46 (CCMA), the employee was dismissed for insubordination. Mahlangu was given several opportunities to sign his employment contract, or to give reasons why he would not sign the contract, but failed to adhere to several reasonable deadlines. The employer considered this to be insubordination and dismissed him after being found guilty in absentia. Mahlangu referred his dismissal as an unfair dismissal to the CCMA where the commissioner had the following to say:

In one case an employer deemed it to be an inherent (operational) requirement that all employees must have signed employment contracts in place in order to work for the employer. The employees that did not sign contracts were retrenched based on this inherent requirement in terms of section 189 of the Labour Relations Act (LRA). This matter ended up in the Labour Court and it was confirmed that there does not have to be a signed employment contract in place in order for an employment relationship to exist.

Employers must also take note that they cannot dismiss an employee that refused to sign an employment contract if the employee for instance objected to specific provisions in the contract. If the employee is dismissed in order to compel the employee to accept a demand in respect of any matter of mutual interest between the employer and employee, then that dismissal will be automatically unfair in terms of section 187 of the LRA. An automatic unfair dismissal will be heard by the Labour Court and could result in up to 24 months of the employee’s remuneration to be awarded as compensation.

In Wyeth SA (PTY) Ltd vs. Manqele and others (2005, 6 BLLR 523), Manqele signed an employment contract that was terminated shortly before he was due to commence employment with Wyeth. Manqele and Wyeth disagreed over the make of the company vehicle that Manqele was entitled to in terms of this employment agreement. Manqele referred the termination of his contract to the CCMA as an unfair dismissal. Wyeth argued that the applicant has not yet started to work for the company and the termination of the employment agreement that they have entered into could not constitute a dismissal. The matter ended up in the Labour Court and the Court confirmed that the applicant became an employee the minute that he signed the employment agreement.

It cannot be emphasised more that ideally the employer and employee must sign a written contract of employment before the start date. This will overcome and/or avoid any disagreements on the terms and conditions of employment by both parties and having costly litigations at a later stage.