Watch what you say to avoid dismissal 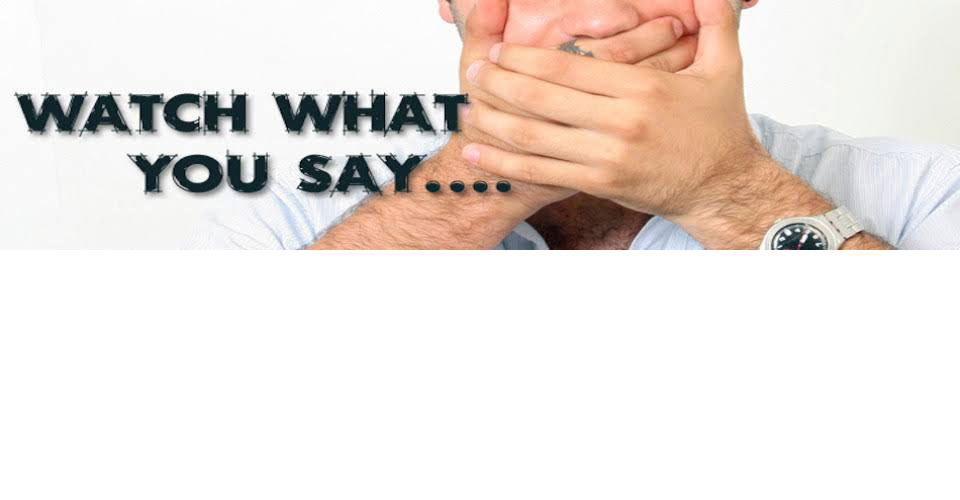 Freedom of expression and misconduct

The right to freedom of expression does not operate in a vacuum. While it is a fundamental right, making certain utterances will not allow employees to claim immunity from censure by their employers and the courts. One of the reasons for this is that an employee owes a duty of good faith to their employer. While this duty is wide-ranging and difficult to define with any precision, it includes a duty to act in the best interests of the employer at all times.

It is, however, not always clear when the line separating freedom of expression from misconduct has been crossed. In the recent case of Motsoeneng v South African Broadcasting Corporation SOC Ltd (2018) 39 ILJ 2809 (CCMA), the employee addressed a press conference during which he made various disparaging comments about his employer, its board of Directors, individual board members and a Judge of the Labour Court. The employee was charged with misconduct, specifically breaching the relationship of trust, breaching the media policy and bringing the employer’s name into disrepute. Subsequent to this, a disciplinary hearing was held and the employee was dismissed. The employee referred an unfair dismissal dispute to the Commission for Conciliation, Mediation and Arbitration (“CCMA”). The Commissioner, after considering all the mitigating and aggravating circumstances, held that the dismissal was fair.

The Commissioner found that disparaging comments about the employer may only attract judicial protection if they are made to advance the interests of justice, are made in good faith and are not misleading or reckless. In doing so, the Commissioner implicitly accepted that employers are not immune from disparaging remarks made by their employees, provided certain requirements are met.

The Commissioner also found that the right to freedom of expression was not absolute and that the disparaging comments made by the employee did not enjoy legal protection because they impaired the dignity of others. The Commissioner concluded that the comments made by the employee did nothing to advance the interests of the public, that he had failed to act in good faith, that his statements were misleading, reckless and disparaging and that he had breached his duty of good faith and contractual obligations. As a result, his right to freedom of expression could not be afforded judicial protection.

In the recent case of Ndzimande and Others v Dibben N.O and Others (JR1404/14) [2019] ZALCJHB 73, the Labour Court found that employees who had made disparaging and untruthful statements which were broadcasted on a radio show had engaged in serious misconduct. The Court found that while employees are entitled to express legitimate grievances and exercise their constitutional rights, freedom of expression is not an unfettered right.

As a general principle, rights are balanced and weighed against each other and against the harm suffered. It appears that in many instances, the employer’s right to a good reputation and good name may trump the employees right to freedom of expression, particularly in circumstances where the employee’s utterances are misleading, disparaging, untruthful or harmful and not in the public interest.

The impact of social media & freedom of expression

Social media has, for better or worse, become the primary platform upon which to articulate our views. Unfortunately, many of the posts made on social media are made impulsively, emotionally and without any consideration for their possible impact. Unsurprisingly, acts of misconduct arising in the context of posts on social media have become a serious problem and it is not uncommon for an employer to suffer reputational damage following a poorly articulated, although innocent, a tweet by one of its employees.

Of course, some posts are malicious and may be intended to bring the employer’s name into disrepute, including defaming or making disparaging remarks about the employer, its employees or representatives. As is apparent from the law reports, this misconduct often warrants the dismissal of employees who have engaged in such misconduct.

In the case of Dagane v Safety & Security Sectoral Bargaining Council & Others (2018) 39 ILJ 1592 (LC), a police officer made vitriolic, racist comments on the Facebook page of the leader of the Economic Freedom Fighters. Although these comments were not directed at the employer, the South African Police Services (“SAPS”), was of the view that as a result of the employee’s position and his association with the SAPS these comments were damaging to its reputation. Consequently, the SAPS dismissed the police officer and this dismissal was found by the CCMA to have been fair. The police officer approached the Labour Court to review and set aside the decision of the CCMA.

The Labour Court held that the dismissal was fair, finding that the police officer committed egregious misconduct in that he not only used disgraceful and racist language constituting hate speech, but he did so in his capacity as a police officer and did so on a quasi-public forum which was accessible to thousands of people on Facebook.

The employment relationship, imbued as it is with the duties of good faith and subordination, may sometimes appear to be at odds with the right to freedom of expression. However, the case law suggests that employees may make remarks against their employers, provided they are made to advance the interests of justice, are made in good faith and are not misleading, untrue or reckless.

As abovementioned, a balancing of the rights of the employer and the employee will be considered at each instance. However, employees should understand that the duty of good faith owed to their employers may often outweigh the employee’s right to freedom of expression. As aforementioned, any public or social media utterances, or conduct that can be associated with the employer that brings the employer’s name into disrepute is likely to attract a sanction of dismissal.

As the saying goes – if you have nothing good to say, say nothing at all. This is particularly true in the era of social media. Employees should, perhaps, instead reconsider the time-honoured tradition of complaining about an employer over dinner as an alternative to posting their discontent all over social media and other public platforms.