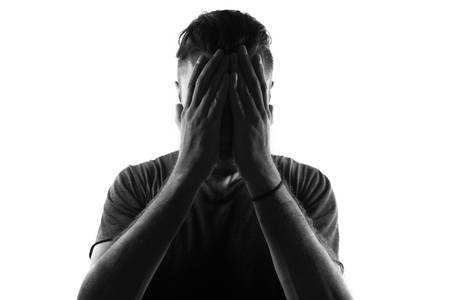 Case law reveals countless reasons given by CCMA arbitrators for an employer’s dismissal decision to be deemed unfair.

For example, in the case of Moloi vs Quthing Construction and Developers CK (2007, 8 BALR 720) the accused was given a final warning after he had been repeatedly late for work. When he refused to sign for receipt of the warning the employer dismissed him for his negative attitude. The CCMA found that the dismissal was unfair because the employer had failed to give the employee a hearing to answer to the charge of refusing to sign for receipt of the warning and also found that refusal to sign such a document does not merit a dismissible offence. Employers should learn the following from this case:

In Fourie vs Sabre Footwear (Pty) Ltd (2007, 8 BALR 700) the employee was dismissed for having sexually harassed a colleague. Although the degree and nature of this incident of sexual harassment was very serious the CCMA found that the dismissal was too harsh because it was an isolated incident and was unlikely to be repeated. In light of the seriousness of this offence and in view of the heavy laws protecting employees from sexual harassment this finding appears somewhat surprising. However, it should be kept in mind that the policy of the employer, in this case, provided for counselling for a first offence of sexual harassment. Nevertheless, no employer should be expected to adhere to such a policy in a case of serious sexual harassment.

In NUFAWSA obo Munjanja vs Peter Osborn Furniture cc (2007, 3 BALR 231) the employee was dismissed after taking his colleague’s cell phone used for business purposes. The arbitrator found that dismissal was too harsh a sanction in this case because the charge had been “unauthorised possession” of the cell phone and had not alleged that the employee had been dishonest. Also, the employer had failed to bring any evidence to show that the relationship of trust had been destroyed.

In FAWU obo Mbatha & Others vs Sasko Milling and Baking (2007 3 BALR 256), a number of employees were dismissed for failing to follow emergency procedures. The employees were instructed to evacuate the mill and to meet at the emergency assembly point after a strong smell of gas was detected. However, some of the employees delayed leaving the building while others left the premises altogether instead of going to the assembly point. Individual hearings were held. While some of the errant employees received final warnings others were dismissed for gross insubordination. However, the arbitrator found that the dismissals were too harsh because the dismissed employees had shown “genuine” remorse. The dismissed employees were, therefore, all reinstated.

The remarkable point relating to this finding is that the dismissals were found to be too harsh, not because other employees had only received final warnings for the very same offence, but because the employees had shown “genuine remorse”. This suggests that any employee can get away with gross misconduct merely by showing remorse as long as the arbitrator is convinced that the remorse is genuine. What is more astonishing, in the light of the CCMA’s strictness as regards consistency, is the arbitrator’s acceptance of the fact that some employees were dismissed for the same offence for which others received final warnings. The fact that separate hearings were held does not justify this decision as the employer could still have ensured consistent outcomes by commuting the penalties of those who were dismissed.

The general lesson to be learned by employers from the above cases is that arriving at a sanction that is going to satisfy the CCMA or bargaining council is extremely difficult. The surprising arbitration findings outlined above are only but a few amongst many astonishing findings recorded in case law.

The question that employers will ask themselves on being made aware of this problem is: ‘How do I decide on a penalty that is effective and fair to the employee, but at the same time avoids the anger of the CCMA or bargaining council?’ Solving this problem requires the highest level of labour law expertise necessary to access, understand and apply labour law case decisions to the case at hand.