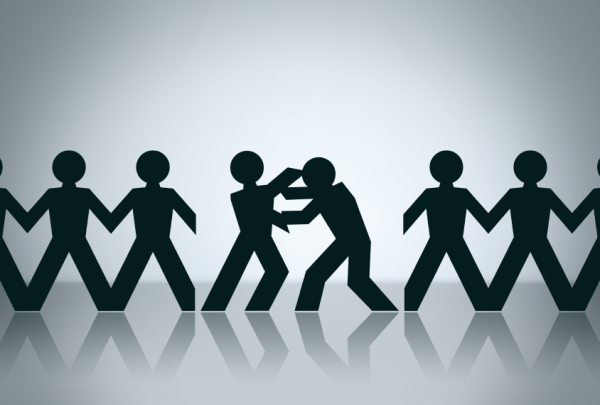 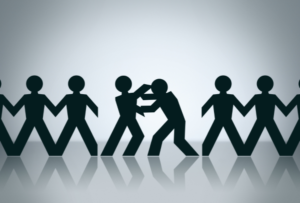 Workplace violence is any form of physical assault, threatening behaviour or verbal abuse occurring in the work setting.
What exactly is assault? It is a common law crime defined as “unlawfully and intentionally applying force to the person of another, or inspiring a belief in that other that force is immediately to be applied to him.”
It is important to note that there are two definitions of assault: an attempted assault, and “the intentional creation of a reasonable apprehension of harm.” Regarding this last definition, the elements of proof are explained as follows:
Intentional: The perpetrator needs to act intentionally in “scaring” or threatening the other person into believing that the harm is immediate. Accidental or unintentional acts do not count as assault;
Reasonable Apprehension: Reasonable apprehension means that the victim apprehends or perceives that a harm or threat of harm is being directed towards him/her. Thus, if the victim is not aware of the threat (such as when a person aims a weapon at them behind their back without them knowing), it may not be enough to prove an assault;
Harm: The harm can be either a threat of physical harm (such as a punch or kick, etc.), or a threat of unwanted, offensive contact (such as a sexually suggestive touch or embrace).
It has to be noted that assault in the workplace does not necessarily mean dismissal.
Normally the first reaction of an employer in a case of assault is to dismiss the perpetrator. Many employers would act out of emotion in dealing with such a case.
This behaviour is of course understandable as an employer is seen as a guardian within the workplace. It wishes to create a harmonious work environment in which all employees can feel and be safe.
The fact of the matter is that if an employer’s response to an assault is not managed properly, it can lead to fatal flaws in the dismissal, which will in turn amount to it being unfair to begin with.
Law means procedure, and so the employer must ensure that it abides by it, regardless of how it may feel.
Lets have a look at the case of Vereeniging Refractories vs NETU obo Botes (1998 3 BALR 377).
Facts of the case
In this case, an employee was dismissed for assaulting a labourer.
The employee, who was a supervisor, stated that when he asked the labourer where he had been, he lashed out by cursing, hitting and kicking the supervisor.
In explaining further what happened, the supervisor said that the labourer proceeded by taking out a knife, after which the supervisor reacted in self-defence.
What was decided?
The Arbitrator was very uncertain as to what exactly happened, but noted that the supervisor’s version of the incident was plausible.
The Arbitrator further noted that it was the employer’s duty to prove that the employee, in this case the supervisor, was in fact guilty. In other words, the employer had to prove that the supervisor did NOT act in self-defence and plainly assaulted the labourer.
The employer was unable to do so, which resulted in the dismissal being deemed unfair and the supervisor being subsequently reinstated.
What can be learned from this case?
1. Assault does not necessarily amount to a dismissal.
2. It is the employer’s responsibility to prove that the employee being alleged of assault is guilty. That is why the employer should carry out a thorough investigation into the incident and gather as much evidence as possible to effectively present its case. In other words, the employer must be objective and should not put emotion into it.
3. Self-defence is a legitimate mitigating factor which could lead to a dismissal being deemed unfair.