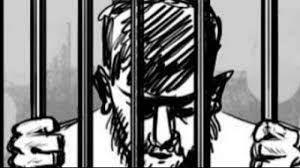 It seems obvious to employers that, if an employee is arrested by the police he has ‘dismissed himself’. However, this mistaken belief is born from wishful thinking. Reasons for such wishful thinking may include:

While this approach was often successful pre-1996 the new labour dispensation makes it much more difficult for an employer to get rid of an undesirable employee. The philosophy that labour law must protect the jobs of employees has been taken to heart by CCMA and bargaining council arbitrators.

A number of case decisions reflect this liberal philosophy to differing degrees. In the case of Langa vs CBC Laser Fab Engineering (2007, 6 BALR 526) the employee was given a prison sentence. After his release, it was some time before he returned to work. He was sent home and told that there was no longer a job for him. After he referred a dispute to the bargaining council his employer reinstated him and held a disciplinary hearing. There he was fired for absence without leave. The employer argued that, while the employee had been unable to attend work while in jail he could have returned to work immediately on his release. His failure to do so constituted absence without leave. The arbitrator found that:

In Samancor Tubatse Ferrochrome vs MEIBC & others (2010, 8 BLLR 824) the employee was arrested and held in police custody on suspicion of having been involved in an armed robbery. After six months the employer dismissed him via a letter. Four months later, after the employee was released from custody, a post-dismissal hearing was held where the dismissal was confirmed on grounds that this was the second time that he had been unable to perform his duties due to having been arrested. The arbitrator and later the Labour Court found the dismissal to be both procedurally and substantively unfair. The Labour Appeal Court (LAC) found that:

The employer was ordered to pay the employee six months remuneration in compensation.

While the above case shows that it can be acceptable for employers to dismiss arrested employees this can only be done if the employer understands the complex legal principles prevailing. In the words of the LAC the fairness of a dismissal for incapacity “..depends on the facts of each case”.