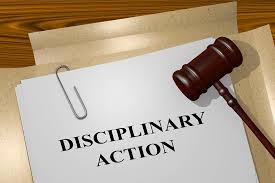 Employees due to appear in disciplinary hearings have been exploiting a legal loop that allowed them to walk away without having answered to charges of misconduct.

It is an increasingly frequent occurrence that when an employee is faced with disciplinary action, the employee elects to resign, with immediate effect, just before the disciplinary hearing takes place. This stripped the employer of the standing to continue with an inquiry.

In a recent court case a former KPMG employee ended up resigning twice. She was accused of failing to disclose directorships in several companies that were KPMG’s competitors when she assumed employment with the accounting firm. When KPMG told her there would be a disciplinary hearing, the employee wrote to the company: “Please accept this letter as a notice of my resignation.” KPMG accepted the letter but reminded her that she was still in a notice period, and planned to continue its investigation.

The employee responded with a second resignation, that “it is with deep regret that I must inform you I am resigning from my employment with the KPMG with immediate effect.” This made the employee untouchable as she was no longer in a notice period nor an employee of KPMG.

KPMG went ahead with the hearing, and found the employee guilty of allegations against her and dismissed her. She took the company to court, contending it lacked jurisdiction – and the court agreed with her.

Following that decision, employers were able to proceed with disciplinary action despite a resignation, if the employee resigns on notice and the disciplinary proceedings occur during the employee’s notice period.

But another landmark case has now closed down that route. When the former director of a large art museum was suspended after allegations of abusive behaviour towards young staff who had to sign non-disclosure agreements, he too resigned before a disciplinary hearing.

The company still went ahead with the hearing and the employee challenged the process in the Labour Court. Contrary to the KPMG decision, the court ruled that employers are entitled to proceed with disciplinary hearings even after a resignation.

Employees must remember that when they tender a letter of resignation, their employment contract does not immediately terminate upon handing the resignation letter to the employer. The court also advises employers to be wary of accepting resignations with immediate effect from employees yet to attend disciplinary proceedings. Th court ruling in this matter has set an important precedent.