Can an employee be dismissed for falsely accusing another employee of racism? 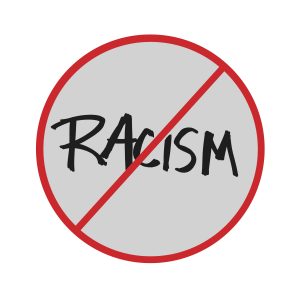 We have read and heard a lot about racism in the media in recent times. Most, if not all employers have a zero-tolerance approach to racism. When an allegation of racism is reported by an employee, most employers would investigate it immediately. Many of the reported cases of racism were about the unacceptability of such behaviour and the action taken against those people that have been found guilty of acting in a racial manner, either by their employer or by the court. In most instances such behaviour results in dismissal by the employer, a fine or imprisonment by the court.
However, what about falsely accusing someone of racism? What action should an employer take when, after having investigated the allegation, it is found that the the employee who reported the incident has falsely accused other colleagues?
Can an employer dismiss an employee for falsely accusing other employees of racism?
Yes, the employer can dismiss the employee.
Racism is a very serious offence and it is unacceptable to falsely accuse someone of being racist.
In the case between SACWU and Another vs NCP Chlorchem (Pty) Ltd and Others 2007 28 ILJ 1308 (LAC), the Labour Court found that making false racist allegations amounts to serious misconduct.
The Judge stated: ‘Racial harmony in the workplace must be of paramount importance to each and every employer and employee alike. Just as racist behaviour needs to be rooted out, allowing employees to willy-nilly accuse fellow employees of being racist or displaying racist attitudes must be addressed with equal fervour by employers if such allegations are baseless and made without reasonable cause therefor. Clearly to allow such allegations to be made without there being a proper and reasonable basis therefor will be equally destructive to racial harmony in the workplace’.
The Court went on to say: ‘If you launch such an attack (falsely accusing others of racism) in an unwarranted or baseless manner, it should result in serious consequences for the perpetrator’.
It is clear from this case that an employer can dismiss an employee if he/she accuses colleagues or superiors of racism without justification. Employers must make sure that they follow the correct disciplinary procedure before they dismiss.